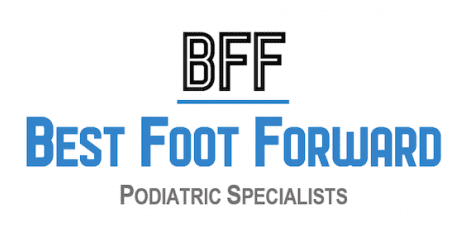 Most people will develop at least one common wart in their lifetime. While most warts will go away on their own, it can sometimes take a year or two, and new warts can develop nearby, causing a never-ending cycle. If you have warts that are spreading, causing cosmetic concerns, or are otherwise bothersome, it’s time to get your wart treated by a doctor. Franklin Harry, DPM, ABMSP, and Tim Davydov, DPM, ABPM, of Best Foot Forward in Festus and St. Louis, Missouri, offer wart removal. This procedure breaks the cycle of recurring and spreading warts. Call Best Foot Forward today or book an appointment online to have your warts removed.

Warts are small, fleshy growths that are an infection of the skin. The human papillomavirus or HPV causes them. HPV is a sexually transmitted infection that can also spread through your skin via a cut or scrape. As the virus enters the body, it can cause cells to multiply, causing a wart.

Yes. Warts are highly contagious. You can get them through contact with someone else’s wart or through sharing an item that touched their wart, like a towel. They can also spread from one body part to another.

It’s essential that you not pick at your warts. You should wash your hands immediately after touching a wart. Also, shaving over a wart can cause the razor to become infected and spread the wart virus.

What methods are used for wart removal?

Various treatments are available to remove warts. They vary based on what kind of wart you have and how severe it is. The treatment methods for wart removal include:

How long does wart removal take?

Some patients’ immune systems develop a response to the wart, causing it to eventually fall off on its own. But that can take months, even years. To speed up the removal of warts, your doctor can offer a removal method that aligns with the severity of your wart.

Aggressive wart treatments, like cryotherapy and surgery, usually take 1-2 weeks to remove the wart and heal. Some warts require more than one cryotherapy treatment, extending still more the time to recover fully.

Less invasive wart removal methods, like prescription wart medications, can take 2-3 weeks to heal and require more than one round of treatments.

Can I perform wart removal myself?

Never attempt to cut off a wart yourself. Not only is it dangerous, but you can cause the wart virus to spread. Always seek a doctor's advice if you have a wart you want to remove.

Call Best Foot Forward today or book an appointment online to have your warts removed before they spread.